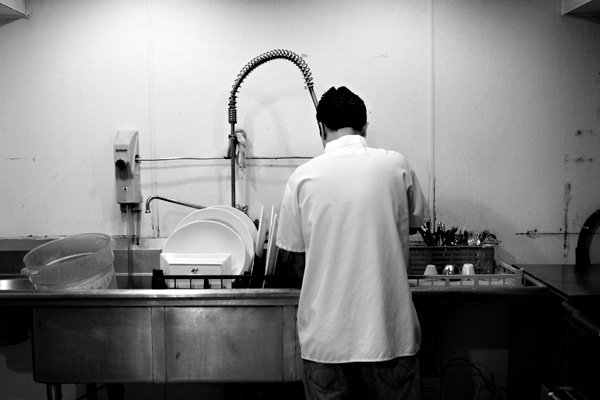 Tony Rey’s First Job Was As A Dishwasher. Now He And His Family Run A Successful Home-building Firm.

“That was big money to me,” he said. “Every hour that went by, I thought, `There’s another dollar.’ “

Today, Rey owns The Rey Group, the 400th-largest Hispanic business in the country. The company, with $8.04 million in revenue last year and 15 employees, is involved in home building, land development, and, soon, a mortgage business.

This is the fourth consecutive year Rey has made the top 500 list of Hispanic-owned businesses.

Before becoming a business owner, Rey always worked two jobs, selling everything from clothes to insurance. At nights, he went to school, studying a variety of subjects, including English and construction. In 1978, he and his wife, Isabel — he met her in Orlando — started Rey Homes. The company is a true family operation. Rey is president and chief executive officer. His wife is vice president, and Tony Rey Jr. works full time in the business handling land development.

Rey is also deeply involved in the community. He is a member of the Greater Orlando Aviation Authority, the City of Orlando Code Enforcement Board, the Coalition for the Homeless Board, and the Orange County Building Appeals Board, and he is president of the United Methodist Church Council of Ministries and vice chairman of the Home Builders Association of Mid-Florida’s Latin Builders Council.

His company, which builds houses from about $100,000 to $500,000, currently is undertaking one of its largest developments ever, the 672-unit VillaSol off Boggy Creek Road in Osceola County. The development will have both single-family homes and townhouses.

Rey said that he never specifically has targeted the Hispanic home buyer, although in recent years that segment of the population has provided a significant amount of business, up to 80 percent in some communities. Sales to Hispanics have jumped as that population has grown.

Central Florida’s Hispanic population surged 152 percent between 1990 and 2000 and now tops 322,708, according to the Census report released earlier this year.

Many Hispanics want to deal with someone who speaks their language when they’re making such a major purchase as a home, Rey said.

“I owe a lot to the Hispanic community,” he said.